The statistics published recently by the European Commission reveal that 13.9 million applications for short-stay visas were lodged at the consulates of the Schengen States in 2016, 1.65% less than in 2015 and 9.17% less than in 2014, and declining for the third year in a row.

The percentage of applications that were refused varied widely and ranged from less than 1% to 45% or more in some countries (Eritrea, Nigeria, Guinea, Afghanistan, Comoros, Senegal, Democratic Republic of Congo). Worldwide, 6.87% of all visa applications were refused, 0.53 percentage points more than in 2015. At the same time, more than half of all visas issued in 2016 allowed for multiple entries into the Schengen area. 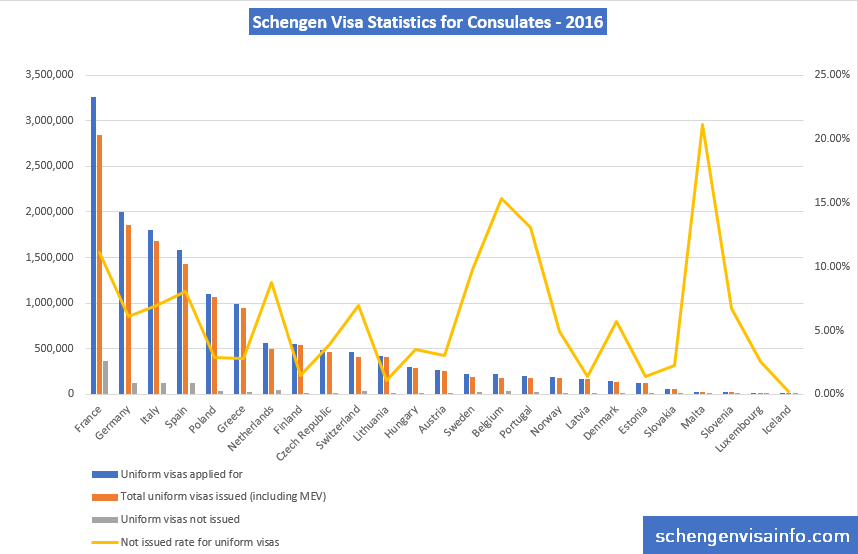 The rate of the visas not issued was extracted from the above-mentioned statistics.

1) for visas issued by Germany: only MEVs valid for more than 1 year are included.